Atherosclerosis is a common disease in companion parrots – one we must all take seriously. If you have ever heard of an older parrot who died suddenly, without apparent cause, there is a good chance that this progressive disease was a primary factor in the demise.

Atherosclerosis is one type of arteriosclerosis.  The word atherosclerosis derives from the Greek words athero, which means “gruel or porridge,” and sclerosis, which means “hardness.” This is a fairly descriptive term for the disease itself, in which cholesterol is deposited onto the sides of arteries, creating hard plaques. Once build-up is great enough, plaques can dislodge; these cause blockages, which lead to heart attack.

It is primarily a disease of inflammation. The more inflammation, the greater the risk of atherosclerosis. 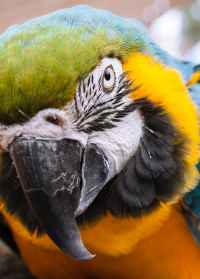 Birds are more susceptible to atherosclerosis than any mammal, with the exception of humans. “The reported incidence rates in avian species range widely from 1.9% to 91.9%.”(Powers, 2015)

A Confusion of Information

While much is known about atherosclerosis in humans, this information cannot be readily transferred with reliability to birds. Reading through scientific papers about the disease causes consternation and befuddlement. Undeniable conclusions are lacking, although more recent research does point to strong correlations.

Much of the research has been done on bird species other than parrots, such as quail, waterfowl, and chickens. Diagnosis on parrot species who have succumbed to this illness has been conducted on a very mixed population, particularly those kept previously in zoos, who have been maintained under a variety of conditions and fed a mix of diets.

Moreover, the studies that are being done on risk factors that exist for parrots are being performed on the known risk factors for humans and other mammals. There may, however, be other risk factors specific to avian species that may take longer to uncover, such as individual species’ genetics.

Thus, I will warn you that what I write today may well be something I will edit extensively in another five years.  The danger is significant and real for our parrots, so an examination now of what we know is important. However, I have every expectation that some of what you read below may be proved wrong in the future, while additional details will in turn come to light.

Which Parrots Are At Risk?

While we have a very good understanding of risk factors in mammals, this is not so with parrots. But, a few things we do know. 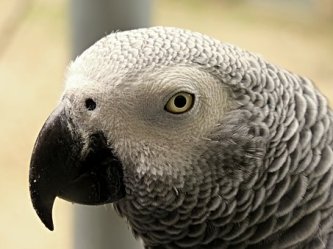 It is currently agreed that Amazon parrots, African Grey parrots, quaker parakeets, and cockatiels appear to be at greatest risk. While the disease has been seen in cockatoos and macaws, they are not believed to be quite as susceptible. Many avian species, though not all, have been found to develop atherosclerosis in captivity.

Increased age is a significant risk factor. However, while more common in older parrots, Nemeth states that atherosclerosis has been found in birds aged 1 to 42 years. (Nemeth at al, 2016) It is most common in companion parrots over the age of 10.

Female parrots have been proven statistically to be at greater risk. Female birds in reproductive mode generally have elevated levels of cholesterol, triglycerides and lipoproteins, as well as calcium, creating greater susceptibility.

“The inclusion of cholesterol in the diet of birds that consume non-animal protein, even as low as 0.25% of the diet, dramatically increases plasma and serum cholesterol levels.” (Petzinger and Bauer, 2013). 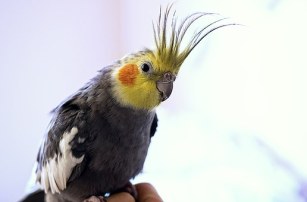 Petzinger also reports on the findings of yet another study from 2012. In this research, a total of 47 cockatiels who were supplemented with fish oil had lower plasma cholesterol than cockatiels fed flaxseed oil. The conclusion? “Thus, dietary fish oil (and possibly dried algae products) may be more beneficial than oils high in A-linolenic acid on reducing risk factors and prevalence of atherosclerosis in avian species.” (Petzinger and Bauer, 2013)

Another nutrient capable of lowering cholesterol levels in birds is pectin. Pectin is the soluble fiber contained in fruit and some vegetables.

The overall amount of food eaten may also contribute to the development of atherosclerosis. Overeating and obesity are proven risk factors for mammals. This correlation has been studied in birds with varying conclusions.

Every research paper I read reported a presumed link between inactivity and the development of atherosclerosis. However, I could find no evidence that any link between exercise and this illness had actually been researched in avian species.

Since such a strong link exists between the two in mammals, including humans, it would be foolish to ignore it here and the papers I read did include recommendations for exercise in companion parrots.

Nevertheless, inflammation as a process “remains a mystery.” (Anft, 2016) However, scientists are beginning to agree that lifestyle choices like diet and exercise may increase (or reduce)  inflammation. 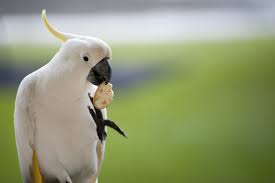 Common foods that cause inflammation, which are often fed to parrots, are fried foods and those containing refined carbohydrates (white flours and sugars).

The disease Psittacosis, also known as Parrot Fever, is more accurately referred to as Chlamydia psittaci. This disease is still relatively common among companion parrots, especially those who have come from large collections. While researchers disagree about whether there is a conclusive correlation between infection with Chlamydia and atherosclerosis, some studies appear to agree on this.

Sadly, the most common sign of atherosclerosis is sudden death. In the late stages, there may be symptoms such as weakness, lethargy, neurological  signs (including seizure-like activity), trouble breathing and exercise intolerance. However, these may be less observable due to parrots spending long hours in cages. It is easier to identify exercise intolerance, for example, in parrots who fly.

At this point in time, diagnosis is extremely difficult. Most people will never imagine that their parrots are ill until they lose them unexpectedly, well before their time. With better imaging techniques, as well as a better understanding of identifying factors in serum chemistries, this may change in the future.

What Can We Do?

Atherosclerosis in companion parrots is still not well-understood. Direct and specific correlations from the human health field may only be suggestive. Thus, we do not have well-defined risk factors that would allow us to target flawless measures for prevention. 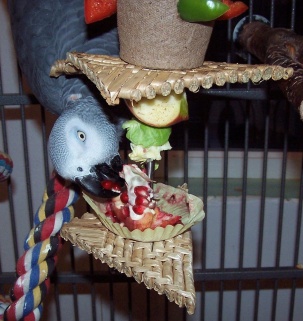 Suggested lifestyle changes reported in the literature include “increasing physical activity by providing more opportunities for locomotion and foraging behaviors and decreasing the stress level  in their captive environment. Limiting dietary excess and obesity also seem to be a reasonable strategy, but species-specific dietary needs should be considered.”(Beaufrere, 2013)

“Birds should be provided ample opportunities for exercise and activities such as foraging, and even flight, if considered safe for the bird. Excessive energy content in the food should be avoided, such as excess carbohydrates and fats. Birds should receive regular preventative veterinary care with periodic bloodwork monitoring.” (Powers, 2015)

Diets that contain relatively high levels of Omega-3 fatty acids reduce the prevalence of the disease. (Petzinger and Bauer, 2013) 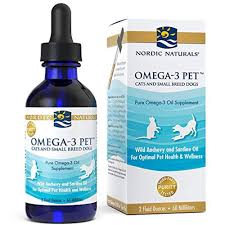 Newer research indicates that fish oil may be more effective in this than alpha-linolenic acid, the type of omega-3 found in plants, such as in flax seed oil. Supplementation with fish oil may be an excellent addition to the diets of many companion parrots, but this should not be undertaken without the advice of your veterinarian.

Pectin in the diet has also decreased the occurrence of atherosclerosis. (Petzinger and Bauer, 2013) Pectin is the soluble fiber found in fruit. Too much pectin can result in a decrease in the absorption of nutrients from the intestine, however. Thus, fruit should be fed in moderation for most species.

Reducing the overall amount of food, i.e. not over-feeding, can also decrease the prevalence of atherosclerosis. This  information too, however, could be harmful if implemented to the extreme. Hunger and malnutrition do nothing to improve overall health. It is best to consult with your veterinarian about the quantity of foods to offer.

After as thorough a review as I could muster with the research I was able to access, I think the following steps are prudent: 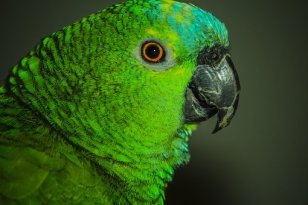 Atherosclerosis is a scary prospect, given what we now know about the susceptibility of our companion parrots. However, I suspect that we have in our hands the tools for prevention, just as people do. Granted, risk factors outside of our control exist, such as age and gender. However, we do have enough information to take action and keep our parrots as healthy as absolutely possible.

Thank you for reading my blog. I am Pamela Clark, an IAABC Certified Parrot Behavior Consultant. My passion is helping people with parrots by offering behavior consultations and publishing information you can trust. To access free resources, schedule a consultation, or subscribe to my newsletter (which is a different publication from this blog), please visit me at http://www.pamelaclarkonline.com. Until next time!